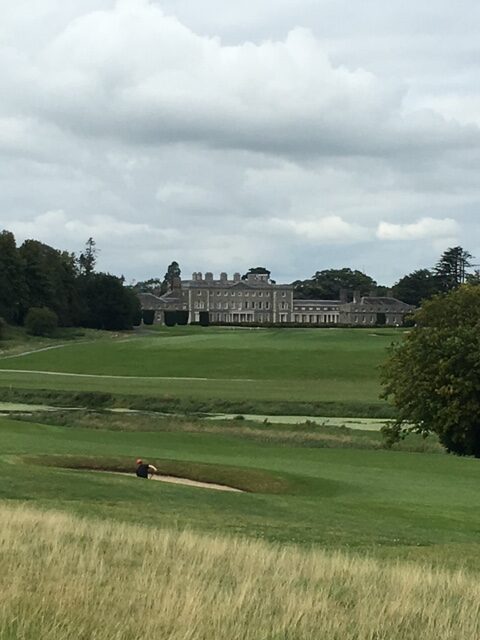 My previous Royal Canal Greenway Accommodation blog post focussed on my personal experiences when staying overnight in three different locations along the Royal Canal. This post is a wider guide to a broad range of accommodation along the 146km walking route.

The aim is to be a tool to readers who are seeking to plan a multi-day walking/cycling trip along the Royal Canal. As such, I detail a number of accommodation options grouped by the various towns and villages along the way. I also give a bit of detail about each of these locations. In particular the distance each area is from the starting point of the Royal Canal Way in Spencer Dock in Dublin.

I haven’t personally stayed in the majority of the places mentioned below. As such, I cannot vouch for their quality, however sites such as TripAdvisor would be able to provide you with this sort of detail. Finally, I have only included accommodations that are within 3km of the banks of the Royal Canal in the below listings

Starting off with Leixlip which is located at just under the 21km mark. Leixlip lies on the border of Dublin and Kildare and marks the confluence point of the Liffey and Rye Rivers. In keeping with this aquatic theme, the name Leixlip comes from the Irish for Léim an Bhradáin which when translated literally means salmon’s leap.

Maynooth is a University town with plenty to offer weary travellers with lots of bars and restaurants to choose from. Being one of the larger towns on the walking route there is also a variety of Royal Canal Greenway Accommodation options.

Slightly further along the canal is the quiet town of Kilcock.

Entering County Meath, the next town along the Royal Canal Way is Enfield. Enfield is similar in size to Kilcock.

Moyvalley is probably most well known for its golf club and this is the accommodation option here at the Moyvalley Hotel and Golf resort. The only other amenity for travellers here is Furey’s Bar right on the canal. This pub is well worth a stop even if you are travelling further along the route.

The village of Coralstown is probably best known for Mary Lynch’s pub. This was traditionally a popular stop off spot for those travelling along the N4 roadway between Dublin and the west of Ireland. With the introduction of the new motorway, this passing trade has lessened somewhat. Mary Lynch’s pub is still a nice place to call into and they also offer accommodation. Mary Lynch’s is one of 23 pubs along the Royal Canal Way.

Mullingar is a large town offering many accommodation options. The town was due to host the Fleadh Cheol in 2020 and 2021 but was cancelled due to covid. A plethora of places have sprung up offering rooms however in anticipation of the music festival, which is due to also take place in the town in 2022. Some of the more established options are noted below.

In the 27km between Mullingar and Abbeyshrule there unfortunately no accommodation options within 3km of the canal. It may be possible to find an Air B and B slightly further afield. It might be worthwhile asking these places if they would include a pick up or drop off service from the canal. Otherwise it’s a long walk between the two locations. Bear in mind the route is extremely flat so a walk of this distance is still feasible.

Abbeyshrule itself is a beautiful little village. It has previously won the national Tidy Towns competition and also is a gold medal winner at the European Entente Florale Competition. Attractions include the ruins of a Cistercian Abbey, an aqueduct, an airfield and the sweeping River Inny running through it (and under the canal itself).

The town of Ballymahon is 9km further on from Abbeyshrule. Since the opening of the nearby Centre Parcs resort, the town is booming. As such, it is a lively little town with plenty of food, bar and accommodation options. Some of these are listed below.

The village of Killashee is less than 1km from the canal. This is a quiet rural village. There are two pubs in the village, one of which, Magan’s also offers rooms for weary walkers to rest their heads. Magan’s also offer walking tour weekend breaks.

The Richmond Inn in Cloondara (also known as Clondra) marks the end of the Royal Canal Way. The canal meets the Camlin river and then on to the river Shannon.